Back to Carousel 100th Anniversary >>

Watch to see all the exciting activities and events we’ve planned for the months-long Carousel 100th Anniversary celebration.

From the carousel building, Emcee Liz Dapo from the Puppet Co. and her sidekick Penny, as well as Glen Echo Park Partnership Executive Director Katey Boerner and Partnership Board President Bonnie Casper will tell us what events are coming up. We will also have special messages from Senator Chris VanHollen, Congressman Jamie Raskin, Maryland Delegate Marc Korman, Montgomery County Councilmember Andrew Friedson, and other special guests!

You will hear about what we have planned from February through September to celebrate our beloved carousel’s 100th birthday! Including virtual lectures on the history and restoration of the carousel, summer family weekend activities, social media contests, carousel anniversary merchandise, a fundraising campaign, and the premieres of three short films that will feature personal stories reflecting the unique and enduring role the carousel has played in the community for a century. 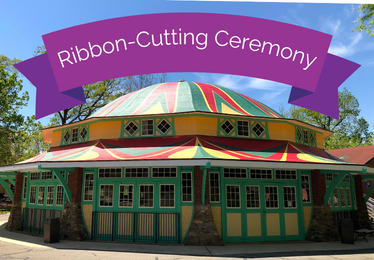 Join us to mark the opening of Glen Echo Park’s Dentzel carousel for its 100th Anniversary season! Watch the recorded stream live from the carousel with government officials and other dignitaries to celebrate a local icon that has been a treasured part of the Park and the community for a century. The event includes a ceremonial first ride with officials and sponsors.

Support the Glen Echo Park Partnership for Arts and Culture through the Combined Federal Campaign, #71123

The Glen Echo Park Partnership for Arts and Culture is supported in part by the Maryland State Arts Council (msac.org) and also by funding from the Montgomery County government and the Arts & Humanities Council of Montgomery County (creativemoco.com). All programs are produced in cooperation with the National Park Service and Montgomery County, Maryland.